I want to congratulate all of you on the nerve you have shown in coming here once again because there are people in Britain who say that coming to Mipim is just a junket and a jolly and there is always a bit of a mystery about what exactly MIPIM stands for?

May I Push you In the Med?

Meet Me In the Pool in a Minute?

But I know what it stands for ”Making Important Property Investments for Millions” of Londoners on modest incomes. And let me explain what I mean:

They said that the global banking crisis would cost us our position as the financial capital of the world.

They said that international investment would dry up, and that buyers would go elsewhere and in my first Mipim someone told me that the message for London was that everyone was off. It was a case of Shanghai, Mumbai, Dubai and bye bye bye bye London, they said – we’re all off to Zurich or Zug or whatever

Well look at us now. I don’t think there is a period in the modern history of London when international confidence has been so high or when the money has arrived in such a torrent from overseas…

… And yet we must also appreciate that there is a downside to this position – as the world’s favourite city, as the number one destination for oligarchic billions

A that is the pressure it puts on the domestic market – even if the perception of that pressure, when you look at the whole of the London market, is greater than the reality

It is still the case that overseas property sales in London are running at about six or seven percent – no more than where they were in 1990 and in spite of those appalling images of neglect from Bishop’s Avenue, we have fewer empty homes in London than at any time since the 1970s

But there can be no doubt that the cost of getting on the London housing ladder is higher than at any time in recent memory and the sense of frustration is growing, and many people feel a sense of particular rage about one thing – that there are times when new homes in London are actually being marketed overseas before Londoners get a look in

It cannot be right that people in great Asian capitals should be able to look at images of new London properties and put down cash – before Londoners even know that the opportunity is there.

These homes are not there as a new kind of asset class, like old masters or diamonds or bullion. They are there as part of the living infrastructure of the city. Londoners depend on them. Our economy depends on them.

– Making sure that there are enough affordable homes on the development, and I am proud to say that we have built 70.000 over this mayoralty, and we are on target to build a record 100.000 – and I serve notice that when I see these great new schemes I want the buoyancy in the market to be properly reflected by a reasonable proportion of affordable homes

– Helping Londoners to get a toe on the property ladder through part-buy, part-rent schemes – we aim to help 250,000 people by middle of next decade

– Encouraging the development of the private rented sector, but what we should not do is turn up our noses at foreign money, when so often it is that investment that allows us to deliver so many of the homes that Londoners need.

Would it really be sensible to reject investment from Qatar, when Qatari Diar is responsible for the Olympic village of which 50 per cent is affordable?

Should we say goodbye to the Dutch and American pension funds that are helping us to develop Elephant and Castle. Should we say no to the investment from Malaysia that is enabling us to renovate and regenerate the whole of Battersea power station and the area around  it?

Absolutely not, ladies and gents.

What is the oldest continuously occupied building in London? The tower of London – and that building came stone by honey-coloured stone from France, from Caen, to be exact are we going to send it back to France on the grounds that it represents foreign investment that the Anglo-Saxons didn’t exactly ask for?

On the contrary, that building is now a major tourist attraction and stands for the city around it and the answer is not to stick two fingers up to foreign investment – as I am urged to do by some people in London, but to harness that confidence to increase supply we need 42,000 new homes a year, and we can do it, because we have the 33 opportunity areas, and we have the plans to trigger the development of those areas.

Let me give you a potted history of the future of London.

We are building a new garden bridge that will transform the Aldwych area. We will be looking to extend the DLR and the Bakerloo line. We will be tunnelising the flyover at Hammersmith and those schemes will help to unlock more housing – not for plutocrats, not for the uber-rich, but for the hundreds of thousands of Londoners who need it and if you want examples of how transport infrastructure can make a difference look at what is happening at Old Oak or at the Olympic park or Greenwich or Croydon.

I flew over Paris last night by easyjet and I looked down and it looked pretty good I have to admit and my neighbour said well you can’t make your usual joke about how London is the 7th biggest French city in the world and I said you are right..it’s no longer the seventh or even the sixth.

It is now the 4th biggest French city on earth.

It tells us that London is winning on quality of life. We have better schools, we have better air quality we have beautiful bicycles everywhere and we are attracting some of the most talented people from around the world to take part in a rapidly changing and diversifying London economy.

Our job is to build on that success, build on that confidence and use it to build hundreds of thousands of affordable homes for Londoners that is what so many of you are doing here today.

Thank you for your efforts. Let’s go faster and thanks for listening. 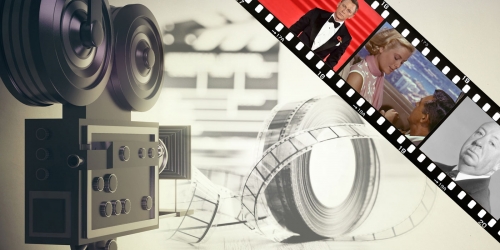 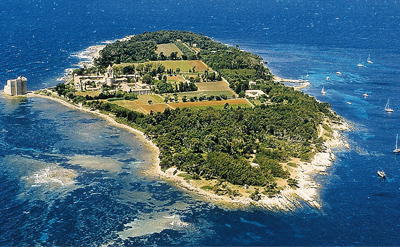